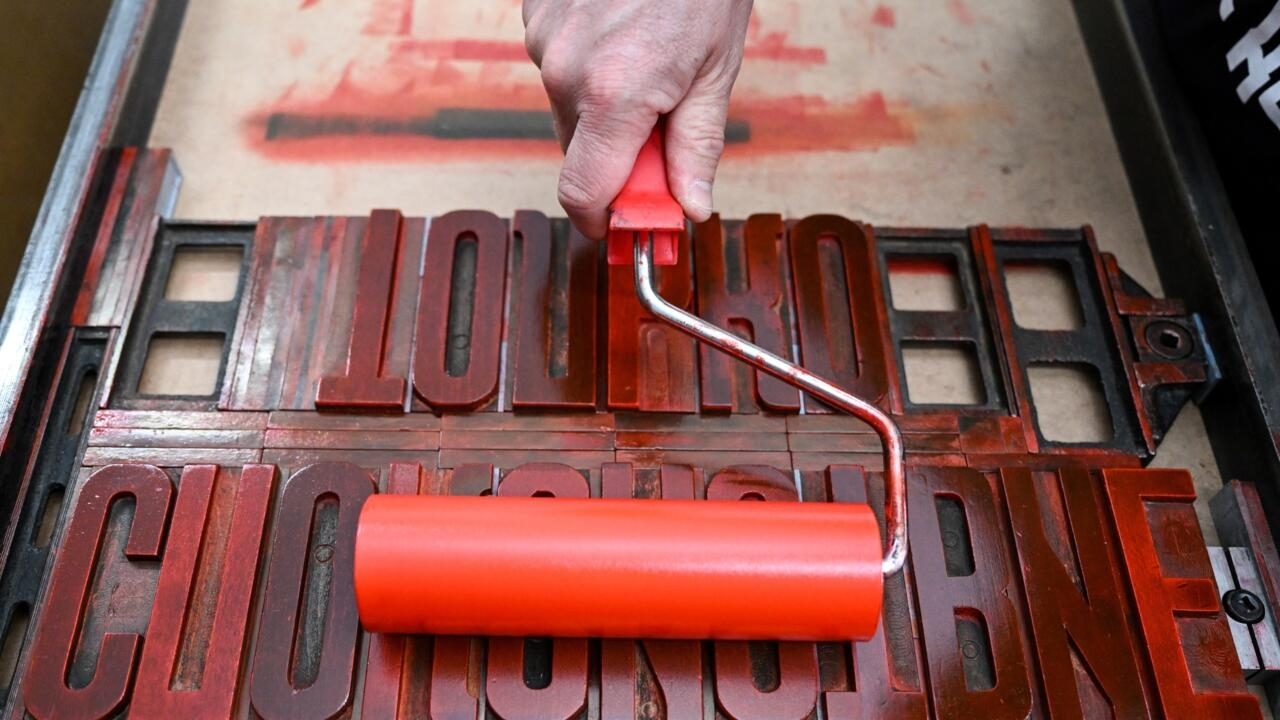 Moscow (AFP) – Prior to the launch of Russia’s military campaign in Ukraine, printer Sergei Besov was part of a burgeoning art scene centered around a converted factory in northern Moscow.

More than three months after Russian forces entered Ukraine in late February, Besov is still working, but these days his posters are not limited to witty slogans.

“Everyone needs peace,” reads one of his latest creations, hanging above the entrance to his Partisan Press poster studio.

Besov, 45, immediately caught the eye when, at the start of the Russian military offensive, he started printing “No to war” posters in the store.

A video of a poster in progress has garnered 3.6 million views on Instagram.

“It was not clear if martial law was going to be introduced… Everyone was in a panic,” he said.

Besov stopped making ‘No to War’ posters after Russia introduced tough new censorship laws, making it illegal to call intervention a war and imposing prison terms on those found guilty of discrediting the Russian army.

He started printing the “Everyone Needs Peace” posters, but police showed up at the store anyway in early March and arrested two of his employees.

“They were very nervous,” he said. Both women are now waiting to hear whether they will face charges.

The workshop took a few weeks off in March “just out of fear,” Besov says, but is back in business.

On a recent spring day, Besov was out on the streets of Moscow in sunglasses and a black T-shirt, using a paintbrush to daub one of his posters in front of a graffiti-covered brick wall.

Once the glue was applied, he pasted the poster reading: “If there are dreams, there will be journeys.

Tens of thousands of Russians have decided to make one-way trips since the start of the conflict, fleeing the country with no plans to return.

But Besov says he plans to stay.

“Today the posters are about what happens to us. They are about fear. ‘Fear is no reason not to act’ was the first poster we printed after our break,” says- he.

The slogans of the posters are vague and disturbing, loaded with unspeakable words: “The wave will sweep everything away”, “The main thing is not to get lost”, “Every wall has a door”.

It simply reads “Cognitive Dissonance” – a reference, Besov says, to the number of Moscow people living their normal lives while “our friends there (in Ukraine) are suffering”.

“And even worse, we understand that everyone gets used to it.”

Despite his passion for his work, Besov does not know how long he will be able to keep his stores running or print the posters.

Its main activity is the printing of high-end stationery and business cards in another nearby workshop under the Demon Press imprint. But under Western sanctions, the fine paper he uses for the business will soon be nowhere to be found in Moscow.

And the vintage red ink he uses for his posters – made in the Soviet-dominated Hungarian People’s Republic in 1989 – will also soon run out.

The 7 Best Free Music Streaming Apps for Your Phone

The SENSES project teaches self-expression, creativity through music and podcasting