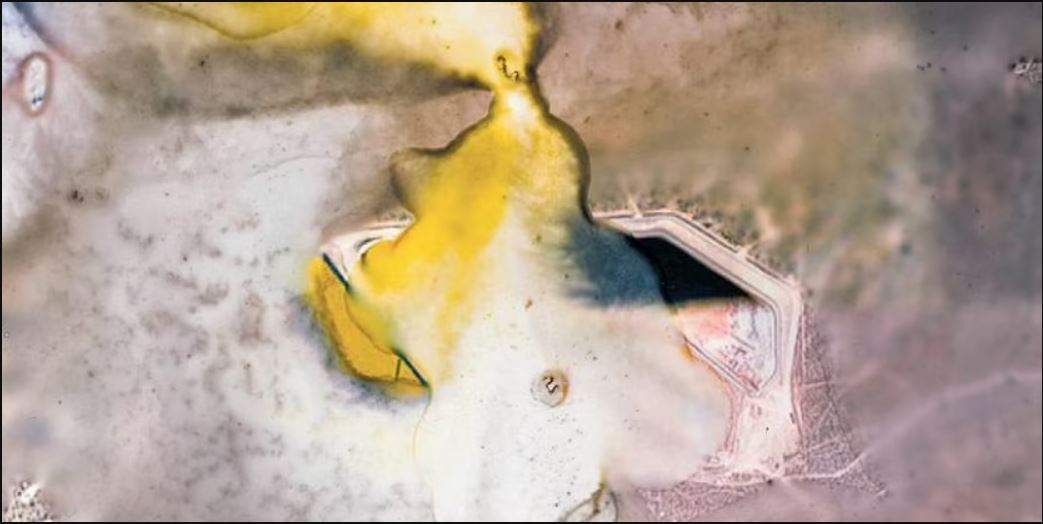 In his 2013 memoir Levels of Life, English Booker Prize-winning writer Julian Barnes places photography as the first of the three supreme emblems of modernity at the beginning of the 19th century, the other two being electricity and aeronautics. Recounting the adventurous shot of earth from the sky by French balloonist Gaspard-FÃ©lix Tournachon, Barnes says the photograph was sudden, contemporary art which achieved technical excellence very quickly, as Jazz.
Almost two centuries after French inventor Joseph NicÃ©phore NiÃ©pce took the first photograph in history, the world is preparing to celebrate the moment of triumph. Two major exhibitions in the nation’s capital were devoted to photography, an art form that radically altered thinking and aesthetics through the expression of truth. The first, â€œUnsealed Chamber, The Transient Imageâ€, was performed by Aparna Nori, Arpan Mukherjee, Indu Antony and Philippe Calia. The second, â€œIn Search of Ancient India,â€ was a solo exhibition by Scottish historian and writer William Dalrymple.
Installed at the Romain Rolland gallery of the Alliance franÃ§aise in Delhi, Unsealed Chamber marked the 195th anniversary of the invention of photography by NiÃ©pce. The works of the artists presented drew heavily on the photographic processes used in the 19th century to create a nostalgic connection with the community of the first practitioners of the art. Works of art have also been influenced by the explosion of technology in the 21st century and the pressures brought about by the pandemic.
â€œI wanted to slow down,â€ says Bengaluru artist Antony, reflecting on the painstakingly slow salt-paper printing method used to make his 28 photographic works, titled â€œIvarâ€. The salted paper printing technique, invented by British scientist William Henry Fox Talbot in 1835, takes eight hours to make an impression. â€œThe prints were created during the second wave of Covid-19. I was filled with anxiety during this time and the printmaking became a meditative process, â€adds Antony. Her exhibited works were prints of photographs of women collected from thrift stores and kabadiwalas over a decade.
Nori, who like Antony used the salted paper printing method, combined digital and analog photography in his works. â€œIt’s a personal project. I made images of myself digitally and in the engraving process I used the salted paper technique, â€explains Nori. Each of his 15 works at the exhibition, from the ‘Nalla Pilla’ series, was a starting point for talking about the body as a site of experience. â€œIt’s a way of exploring how to externalize these experiences. “
Santiniketan-based artist Arpan Mukherjee used 19th-century calotype and cyanotype photography techniques for his works, titled â€œGola Vora Dhanâ€ (meaning your grain storage is full). â€œI think the old ways of photography have a lot to offer,â€ he says. Invented in the 1840s, the calotype was the first photographic process in which the idea of â€‹â€‹a negative was used.
â€œIt was also the method primarily used by colonial photographers to document India. All of the important monuments, including the Taj Mahal, were clicked multiple times using this process, â€adds Mukherjee. French artist Philippe Calia questions the medium of photography in his series ‘The Shape of Clouds’. His inkjet prints on natural paper were images from Google Earth that challenged the current technological regime of digital imaging and cloud storage. â€œWe delegate memory to machines. Machines increase our memory capacity, but it also reduces our memory capacity, â€adds Calia, who lives in Bangalore. â€œUltimately, we need a balance; maybe not everything needs to be recorded.
â€œIn Search of Ancient Indiaâ€ at the Vadehra Art Gallery marked the first stop on Dalrymple’s travels to India, Pakistan and Sri Lanka for his new book, The Golden Road, which aims to record artistic achievements and cultures of ancient India between 200 BC. and 1200 AD. “I am still continuing the research, which has been delayed by the pandemic,” explains Dalrymple. “I hope to start writing early next year and finish by the end of the year.”

French inventor Joseph NicÃ©phore NiÃ©pce, in 1827, after several unsuccessful attempts, successfully used a camera obscura to capture an image from the window of his house in eastern France.
The image titled “View from the Window” is the oldest photograph in history.
His first photograph on an unengraved pewter plate gave the world a new art form.