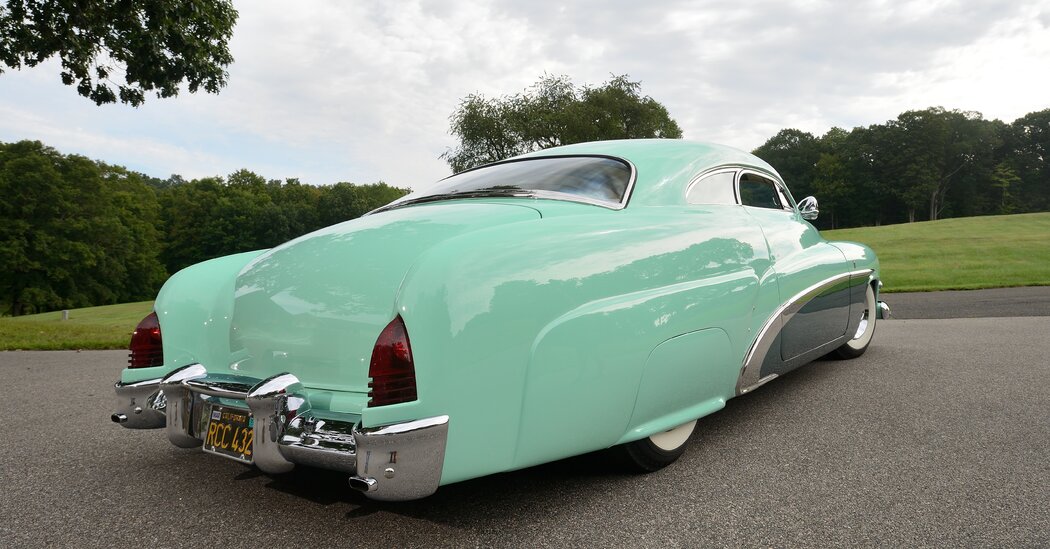 A customized 1951 Mercury coupe stunned aficionados over the weekend, selling for $1.95 million at the Mecum Collector Car Auction in Kissimmee, Florida, beating the vehicle’s pre-sale estimate up to $1.25 million.

The two-tone green coupe – known as the Hirohata Merc to 21-year-old Japanese U.S. Navy veteran Masato Hirohata, who commissioned it in 1952 – is a prime example of the custom car scene that flourished in Southern California at that time. .

“This sale is a record for a 1951 Mercury, and the best-selling custom car that was not a movie or TV series car,” John Wiley, head of valuation analysis at the classic car insurer Hagerty. “The continued relevance of the Hirohata Merc delights us. A car that was customized almost 70 years ago, in the context of an emerging American art form, is still revered today.

Few cars share Merc’s pedigree. It was built by many of the most important names in the mid-century Southern California custom car scene, including George Barris, who went on to design iconic cars for television shows such as “The Munsters “, “The Beverly Hillbillies” and “Batman”. He went on to win numerous awards and trophies.

The sellers were Scott and Darla McNiel, son and daughter of Jim McNiel, who bought the car in 1959 for $500, salvaged it and eventually restored it to its original glory before its death in 2018. automotive historian Ken Gross and classic car expert Wayne Carini helped the McNiel siblings negotiate the sale. The name of the buyer has not been disclosed.

The McNiels were the car’s long-term stewards, and they hoped to maintain their family’s narrative connection to the Merc. “What’s most important to me is that my father’s impact on the history and legacy of the car remains attached to it,” said Scott McNiel. “And my fear that once he gets away from our family, he’ll just become a Barris Kustom and Jim McNiel will be left out of the storytelling process.”

Apparently, this connection will persevere. “Darla kept a $10 bill her dad gave her at a young age,” Mr. Carini said. “Before the car went on sale, Darla and I hid that same $10 in the car, so Jim will always be a piece of the car.”