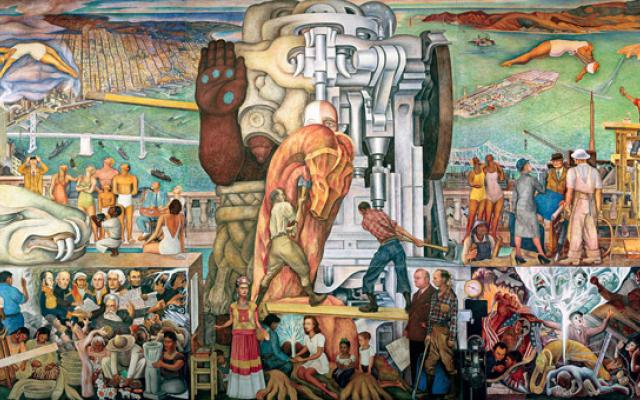 As part of an innovative partnership with the City College of San Francisco, SFMOMA welcomes the monumental fresco by Diego Rivera The Marriage of the Artistic Expression of the North and the South on the Continent, more commonly called Pan American Unity in the open space of the museum’s Roberts Family Gallery. The mural, originally painted in front of a live audience at the 1940 Golden Gate International Exhibition on San Francisco’s Treasure Island, is made up of 10 fresco panels and is 22 feet high and 74 feet tall. large (nearly 1,800 square feet).

It was Rivera’s last project outside of Mexico, and it’s not only a treasured part of San Francisco history, but also one of the most significant public art works in the United States. Pan American Unity is installed on the ground floor of the Roberts Family Gallery of SFMOMA, free to visit, in collaboration with America by Diego Rivera.