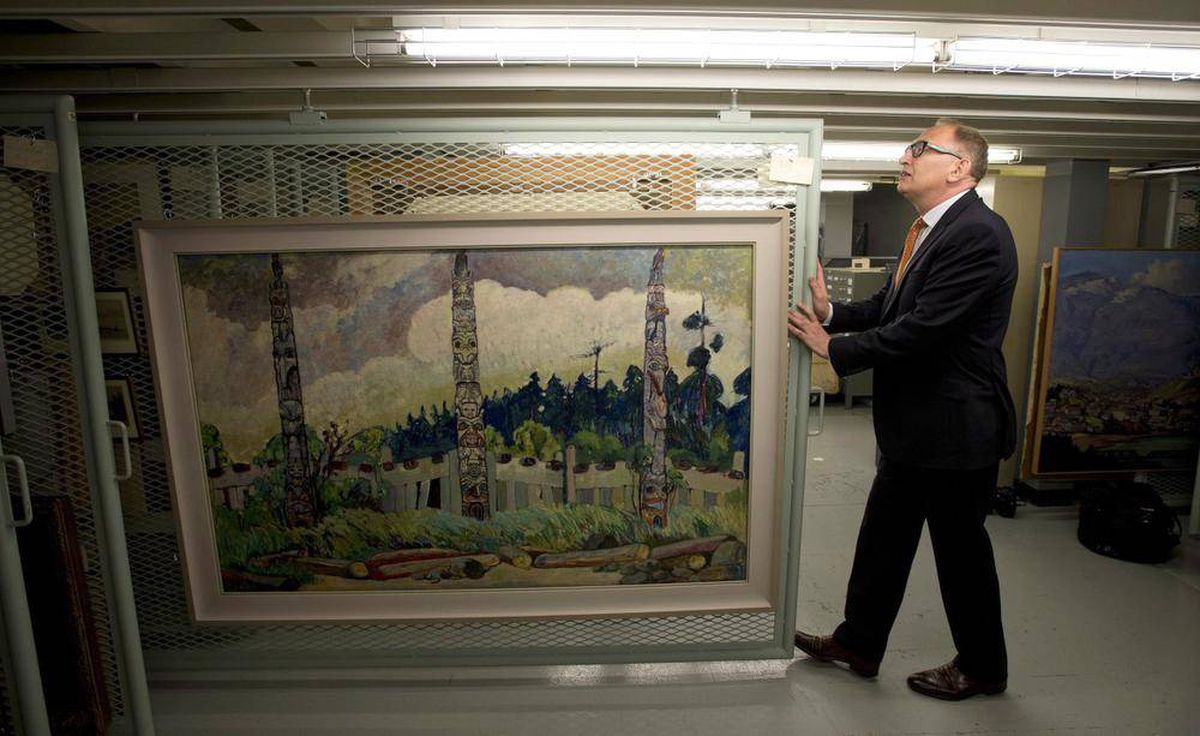 Emily Carr’s artistic works will be exhibited in London

Emily Carr’s somber, post-impressionist paintings of native West Coast villages and the dark rainforests of British Columbia will soon appear in the same English art gallery that holds collections from masters like Rembrandt, Gainsborough and Rubens.

The Dulwich Picture Gallery in London, founded in 1811, is organizing a six-month Carr exhibition titled From the Forest to the Sea: Emily Carr in British Columbia. It takes place from November 1 to March 8.

“The first UK exhibition dedicated to Emily Carr, one of Canada’s most beloved and esteemed artists, virtually unknown outside of Canada,” a statement from Dulwich said. “The exhibition will trace a dramatic trajectory from darkness to light.”

Officials at the Royal BC Museum on Tuesday presented a taste of several of the pieces that will be part of the exhibition. The museum has the world’s largest collection of over 1,100 works by Carr, including sketches, rugs and pottery, which are stored in a museum bunker.

Twenty-five of Carr’s works will be on loan to the Dulwich Gallery, museum chief executive Jack Lohman said.

He said he expects the London exhibit to generate enormous international interest for Carr and the BC museum.

“Like all Canadian artists, she needs to be better known to be perfectly honest,” Lohman said. “The fact that she is in a national museum, one of the most important national museums in London, means that she will be very well known after that.”

He said more than a million people could walk through the museum during Carr’s exhibit.

“It kind of has a glowing effect,” Lohman said, adding that a one-day symposium featuring Carr academics will be held in London on October 31, the day before the exhibition officially opens.

BC Museum expert Kathryn Bridge Carr said the scene from the early 20th century Haida village Gwaii that Carr called Tanoo, Queen Charlotte Islands, will be the centerpiece of the exhibit. .

Bridge said the painting, completed in 1913, is the largest in the museum’s collection and is a magnificent example of his interpretation of Indigenous West Coast culture.

“She was truly a product of her time,” Bridge said. “She believed that First Nations art and culture was dying, and she, as an artist, had a special opportunity to ensure that images like this were not lost.”

Carr visited remote and abandoned First Nations villages on her own, sketching out what she saw and completed major work in her Victoria studio, she said.

“For a woman in 1912, it was a pretty unusual thing to do,” Bridge said. “She was terribly seasick, but she still traveled in small fishing boats to these abandoned villages.”

She said the museum’s Carr collection contains all of her significant paintings and masses of other material, including sketchbooks, letters, journals and diaries.

“We know what went on in his head back then throughout his life,” Bridge said.

Carr, one of Canada’s most eccentric and well-known artists, was born in Victoria in 1871 and died in 1945. She did not rise to fame during her lifetime.

Bridge said that in 1932 Carr’s friends raised $ 36 to purchase one of his paintings and donated it to the Government of British Columbia.

“They thought it was outrageous that the government didn’t own anything at that time, really an unknown artist.”

The painting is called Kispiox Village, and its pinks and blues depicting life in an indigenous community in northwestern British Columbia are an example of Carr’s post-Impressionist phase after his year in France, Bridge said. The only estimate she could give of the current value of the array would be that the $ 36 would be followed by several zeros.

Carr’s house in Victoria is a tourist attraction, and a bronze statue in the city center shows her with her pet money Woo and her dog Beckie.

The End of the Line: Al Hirschfeld left thousands of artistic works, but no artistic heir.