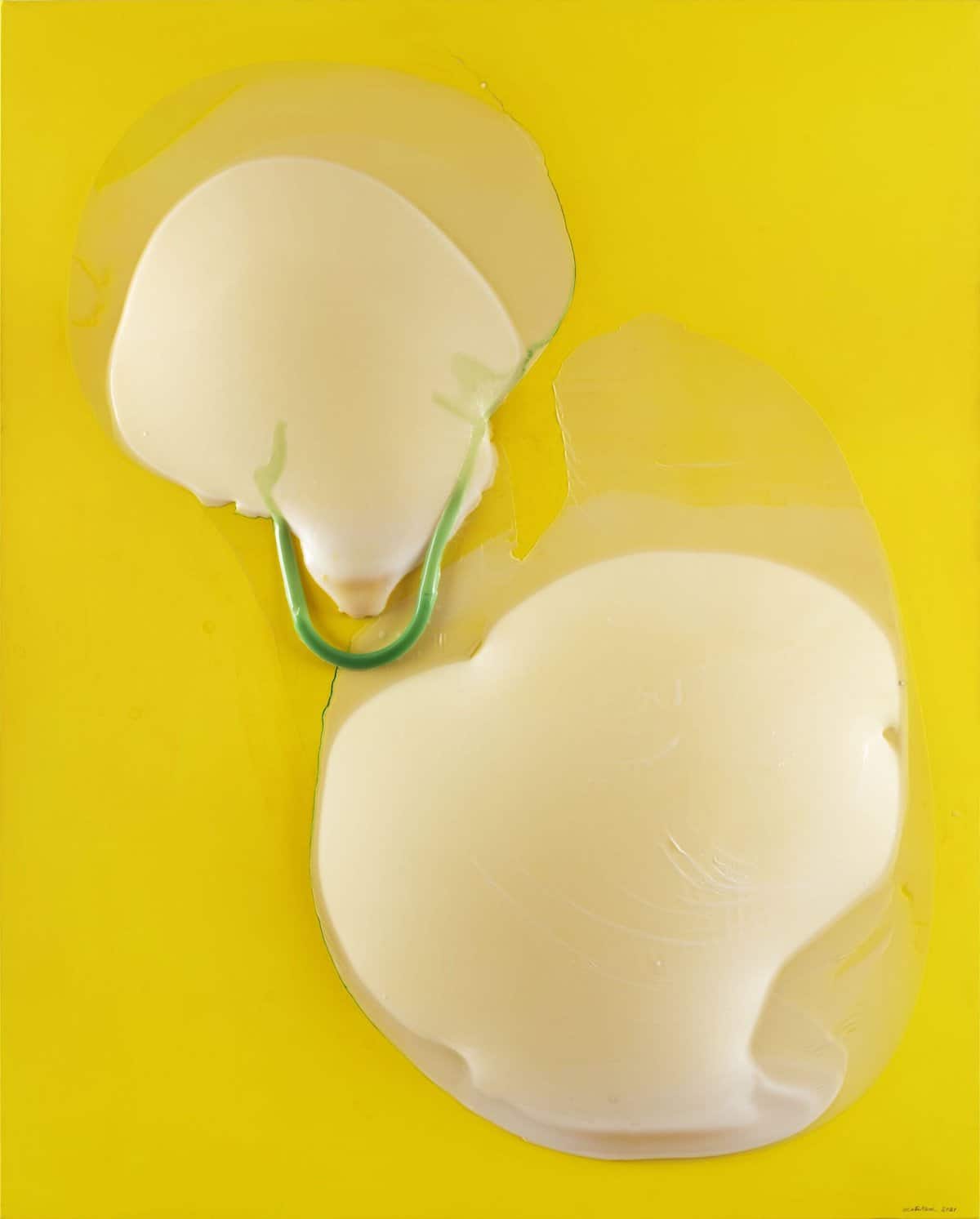 Born in Osaka and based in Paris, artist Takesada Matsutani has developed his own distinct visual language, blending organic materials and avant-garde aesthetics, for more than six decades. Organized with Olivier RenaudClÃ©ment, ‘Combine’ is the artist’s first exhibition in New York since 2015 and presents new three-dimensional paintings. Displayed on the gallery’s fifth floor of 22nd Street, Matsutani’s most recent large-scale works bring together the bulbous, surreal, and suggestive forms created from vinyl glue he began incorporating in the early 1960s, then. that he was one of the youngest members of the radical Japanese avant-garde art collective Gutai, with the clearly defined shapes, lines and vivid colors that appeared in his work from the 1970s onwards. A selection of earlier works by Matsutani will also be included in the exhibition, allowing visitors to trace the powerful evolution of the artist’s meditative and methodical practice, which remains true to Gutai’s philosophy.

Matsutani’s work has been defined by his experimentation with unexpected materials and unusual techniques in search of highly original visual effects. Inspired by the plastic quality of vinyl glue, the artist began working with this material in 1961 – when it became widely available in Japan – and continued to master it, turning this mundane substance into something magical that straddles the border between painting and sculpture. By applying the glue to the canvas, allowing it to partially dry to form a skin, then manipulating it with air blown through a straw, or with hairdryers and fans, Matsutani brings the material to life – a central principle of Gutai. In some works he left swollen convex shapes, while in others he let the glue break and pucker, exploring the wide range of possible shapes and tactile qualities of the substance.

The works exhibited in ‘Combine’ merge this method with key elements found in other bodies of Matsutani’s work – graphite, acrylic paint and found objects. In 1966, Matsutani moved to Paris and began working in Stanley William Hayter’s famous printmaking studio, Atelier 17, where he devoted himself to the practice of printmaking. A few years later, he began to explore the possibilities of screen printing and opened up to a new type of artistic experimentation. His paintings began to take on a geometric nature, with blocks of vivid color and crisp lines that evoked a geometric abstraction with sharp contours. In the 1970s, Matsutani was forced to simplify his practice and turned almost exclusively to graphite pencil and paper. It was then that he discovered the many surfaces that can emerge from an accumulation of repeated individual strokes and the power of black and white.

Each way of working remains equally important for the dynamic and continuous practice of Matsutani. Systematically mixing styles with each other, he incorporated plans of bright colors, as in ‘Point de contact-2021.8’ (2021), and shaped canvases, as in the circular ‘Germination’ (2021), in this new body of work. of works. A natural culmination of his long-standing investigation into the malleability and enduring power of materials, the exhibition at Hauser & Wirth reflects the artist’s evolving desire to materialize time and recognize the repetition and fluidity of everyday life. The works of â€œCombineâ€ come together to transmit the reciprocity between the pure gesture, the raw material and the spirit which embodies the exceptional work of Matsutani.

About the artist
Takesada Matsutani was born in Osaka in 1937. He began exhibiting with the Gutai Group in 1960, alongside Sh? Ji Mukai and Tsuyoshi Maekawa, and officially joined the group in 1963. In 1966, he received a grant from the French government afterwards. having won first prize at the 1st Mainichi Art Competition, then moved to Paris where he continues to live and work today. His work can be found in many public institutions including the MusÃ©e d’Art Moderne de la Ville de Paris, Paris, France; the National Museum of Modern Art, Tokyo, Japan; and the Municipal Museum of Art and History, Ashiya City, Japan. Matsutani was recently the subject of a major retrospective covering 60 years of his career at the Center Pompidou in Paris.

Normally, I see almost everything. Now I see virtually everything. But all is not bad. Unsurprisingly, the large galleries have increased their game: see for exampleâ€¦.

Hauser & Wirth will present â€œInternal Riotâ€ an exhibition of new paintings and works on paper by American artist George Condo. Manufactured during the quarantine period

Presenting 100 Art Basel galleries from 28 countries and territories, â€œOVR: 2020â€ is exclusively dedicated to works produced this year. Here are five works of art that caught our eye.