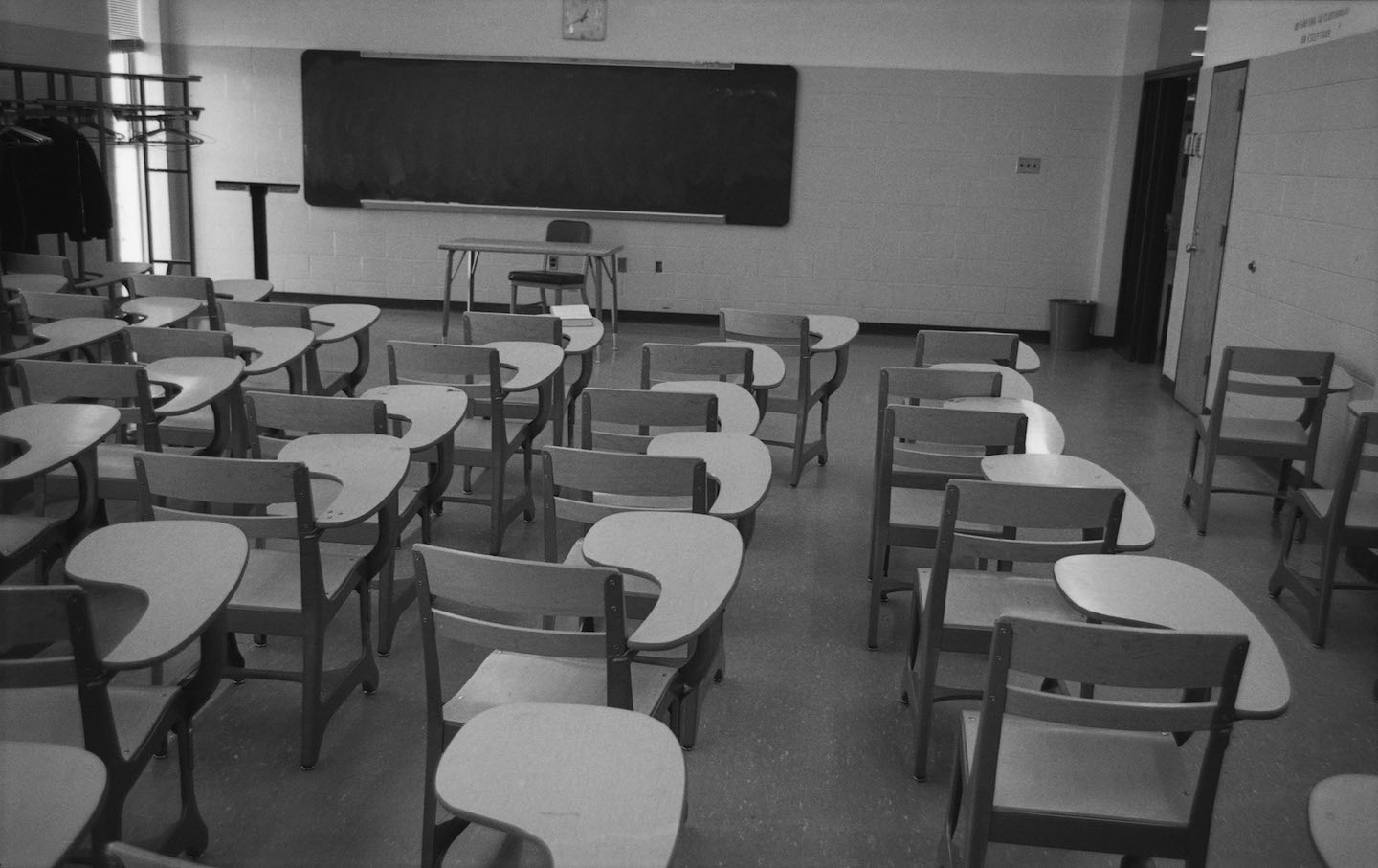 How the hell do we fix the creative writing workshop?

In the first years of my life, when my parents worked full time, I was taken care of by my Lolo (Tagalog for “grandfather”). Handsome and charming, Lolo had immigrated from the Philippines to the United States as a young civil engineer, taking with him his wife and young children. I was his first grandchild; we were inseparable from the moment we met. My first memories are marked by the smell of his cooking and the sound of his laughter. Home videos just show us hanging out: telling her stories, me babbling in response.

Like most babies, at some point I started talking. And when I did, I spoke with a Filipino accent. Lolo’s accent.

Lolo was very unhappy with this. “She needs to talk like a American“he told my parents. My mother, who had come to the United States at the age of 11, had been mercilessly teased for her accent, until she practiced it completely in From now on, Lolo’s first grandson, the first American born in his line, spoke with an accent: for him, an unacceptable situation.

Either way, he didn’t need to worry. When I started attending kindergarten, the Midwestern accent took over, and when I attended high school in the East, my Chicago accent was sanded into a highly educated American credits. Then I spent six years in England, and God knows what it did. The traces of my first accent are either buried deep in my brain or simply disappeared.

If I tried to tell you what my “voice” is today, I wouldn’t be able to pin it down for you: it’s just is. And it’s not just my way of speaking; when I write, I write in a voice that is unconsciously shaped by the expectations of my place and my time, as well as the expectations placed on the many people who have raised and loved me, expectations that I have so completely digested that disentangling them from my writing would require significant study and care.

That, at least, is part of the premise of the salient and informative book by novelist, essayist and creative writing teacher Matthew Salesses. Crafting in the real world, which attempts to explore the homogeneous ideology of the traditional writing workshop, and how more restorative and culturally appropriate pedagogy could help writers give voice to more complex stories and worlds.

Craftsmanship, Salesses explains, is a series of expectations, and until those expectations are made explicit, they will enforce the status quo by hiding their traits as marks of quality, of literality. While the bet of Crafting in the real world is decidedly non-revolutionary (adjusting the pedagogy of writers ‘workshops is a fairly docile proposition), writers and readers alike should benefit from Salesses’ knowledge of literary production and the tasteless ways in which the creative industries perpetuate artistic production. milquetoast, dominant culture.

When we talk about crafting in writing, we are trying to be part of that conscious subconscious – an intrinsic proposition that makes some uncomfortable, some defensive, some even bored. The whole premise of creative writing classes has been dissected to the point of excruciating boredom on all sides, and it looks like, in 2021, we’re probably in a place where we can all admit that most writing is terrible. , and the few that are worth reading can arise from the strangest or most programmatic context, the only real requirement being that its creator has enough time to make it exist.

But I, a writer anxious not to be terrible, I digress. The efforts of Salesses here are admirable, although limited in their scope: to challenge and expand the set of expectations that constitute the craft; to identify why literary institutions treat craftsmanship with such preciousness; and make modest and actionable proposals on how practitioners of creative writing workshops might begin to stop deluding themselves about the expectations of quality and taste to which they pay attention. Offering a new framework as well as concrete exercises and workshop paradigms, Crafting in the real world is an attempt to renovate what others would call dismantling.

IIt’s also a paradox: a book that wants to talk about how writing and the real world interact, but which focuses its attention on the writing workshop, an excruciatingly narrow slice of the real world. Yet for a small piece, the writing workshop casts a shadow over the type of mainstream literature that is published. From the start, Salesses gave herself a colossal task:

The challenge is this: to take craftsmanship out of an imaginary void (as if the meaning of fiction were separated from the meaning of life) and place it in its cultural and historical context. Race, gender, sexuality, etc. affect our lives and therefore must affect our fiction. The real world context, and in particular what we do with that context, is Arts and crafts.

The goal is to change the terms of engagement when individuals, especially undergraduates and graduate students in creative writing courses, first begin to study and develop the process by which they write.

Crafting in the real world is divided into three sections: â€œReal World Fictionâ€, â€œReal World Workshopâ€ and a Writing Exercise Annex, a resource for teachers and students of workshops as well as for writers outside of workshops . Salesses begins by breaking down the misconceptions around the craft – that it is a neutral entity, rather than a set of expectations that should be rigorously and perpetually reconsidered – and setting the stakes. of the success of the book.

It was there that I experienced the most resistance to Salesses, resistance that he himself could have foreseen. Salesses writes: â€œIf writers really believe that art is important in real life, then the responsibilities of real life are the responsibilities of art. No! my gut reacts. Art is without responsibility! Exactly! But it is a thought that, after a millisecond of questioning, falls flat on its stomach. While art may very well come from a place beyond consciousness and therefore beyond conscious responsibility, what we do with our art – how we edit it, refine it, critique it and let’s cultivate it; how we place it in the world – must be handled with responsibility and care.

Salesses happily redefines various trade terms (eg, what does it mean when we describe a story as â€œconflict-free,â€ or â€œunrelated,â€ or having an â€œoffbeat paceâ€?), Shedding light on assumptions and the expectations implicit in the conventional and accepted reading of each term. He then goes further and proposes redefinitions that are both broader and deeper, and therefore more useful.

The second part of the book, â€œWorkshop in the Real Worldâ€, questions the idea at the heart of the traditional MFA writing workshop: â€œthe readerâ€. Salesses points out that there is a sort of latent colonization in the way in which many workshops smooth out the differences between audiences, between individual readers, by seeking to reach a critical consensus on a given piece of writing. This consensus almost inevitably regresses towards the middle: white, middle class and frankly unimaginative. â€œThe real danger,â€ he wrote, addressing the common refrain that MFAs produce uniform drone-like writing, â€œisn’t one style, it’s one audience. The result, he argues, is a degradation of fiction, in particular for marginalized writers: â€œIt demands from the imagination either conformism or exoticism.

Conformism or exoticism quite easily summarize much of today’s visible and marketable literary fiction. Meanwhile, attempts to diversify into publishing or creative writing programs are often seen as “fixes,” a word reminiscent of something bitter and medicinal. Even well-intentioned efforts to expand the canon carry more than a puff of symbolism; writers outside the mainstream literary culture are forced to speak for their origin, forced to carry banners that proclaim their currently salable identities but only if they are framed in a certain way. Salesses’ book is an attempt to get a little closer to the source of the problem by hitting earlier in the production pipeline, but the pedagogy seems too soft a solution for a problem that goes way beyond the workshop of writing.

Wwith a different framework, could there be a wider readership for Crafting in the real world? It seems to me that questions of craft, context, and critique are actually quite central in conversations well outside the realm of writers’ workshops – from debates about representation and justice to ‘discourse’ about impact. social media on cultural consumption. Online we exist in a world where everyone is a writer (i.e. hell) and the fashion is to squirt neurotic but inconsiderate language with no particular audiences in mind beyond the chorus. monstrous online id. “What we call craftsmanship is in fact nothing more or less than a set of expectations,” writes Salesses. â€œThe more we know about the context of these expectations, the more we can consciously engage in them. Â»When so many human expressions unfold in a space without context examined and with expectations even less considered as those of today’s writing workshop, what happens to our cultural production, let alone our minds? Conformism or exoticism sums up the Internet quite well too.

As I read the book of Salesses, a number of high-profile novels, all written by white authors, all populated by white characters, many perfectly good, circled my newsfeed, dressed in glitter of praise. and pervasive media coverage. These were novels that did not seem at all concerned with portrayals of experiences outside the skills of their white storytellers – and so it is! But what was disturbing, really strange, was how these novels were quickly assimilated into literary culture (or, at the very least, literary Twitter) as emblematic of, say, millennial writing, while d Other novels – almost always by writers from outside the mainstream, upright and white – have been labeled as “courageous” or “urgent” or “necessary.” Quickly, readers of all the demographics seemed to agree, as if the trials and tribulations of middle-class whites really were. are the best artistic vehicle for accessing the universal, and the trials and tribulations of everyone else is the best artistic vehicle for entering a niche. As if learning to speak “like an American” was really my first step in learning to speak to the largest and most invisible audience, my best hope to be heard. I don’t know what the solution is, and to Salesses’ credit, he doesn’t claim to have it.

Approaching the real world – including, but far beyond, the workshop – with a sense of questioning, an attention to craftsmanship, could be a start. But how, exactly, does it end?