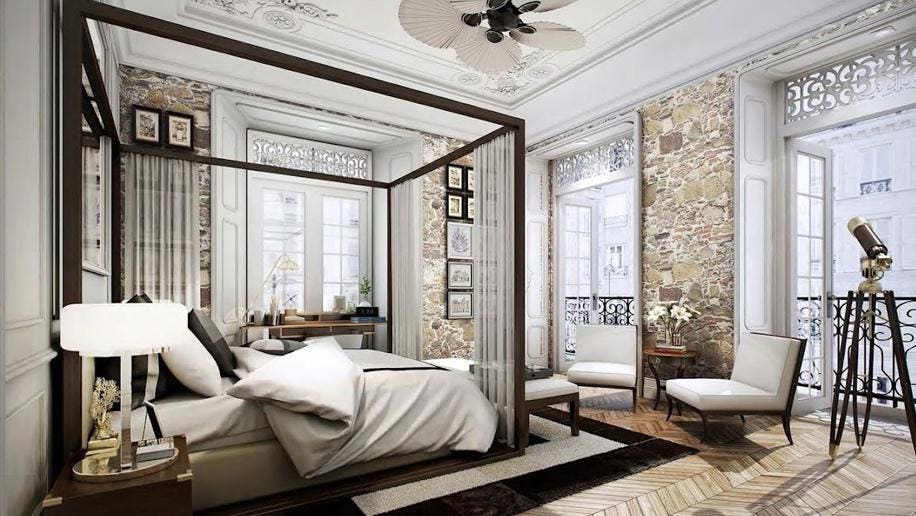 Panama is Central America’s sleepover destination, transited by crowded cruise ships, but rarely a place that calls for a dedicated visit. That could be about to change with the opening of the La CompaÃ±Ã­a hotel in the spring of 2022 in Panama City.

The setting is remarkable, with a location in the heart of the city’s most historic and lively cultural district, Casco Antiguo, which has been designated a UNESCO World Heritage Site. The bones of the 88-room luxury hotel date back to the 17th century and it has been restored and reinvented as a sort of living museum, focusing on different eras of design, architecture, and art. When it opens, it will be part of The Unbound Collection by Hyatt and the brand’s first hotel in Central America.

Luxury and restored grandeur are key words, but what Hotel La CompaÃ±Ã­a can do best is offer a glimpse into the colonial past on many levels of the city. The hotel was built in the 17th century and became a Jesuit mission before undergoing additions and reassignment. Thanks to a team of architects, designers and historians committed to restoration, the reborn property will offer “a design-driven experience centered around three distinct chapters of the hotel’s rich history – Spanish Colonial, French Colonial and fine arts â€.

Situated next to the majestic ruins of a 300 year old church, “the hotel will be a romantic blend of old and new, where design, craftsmanship and cultural influences come to life with modern touch points” .

The location in Casco Antiguo, the city’s popular historic district, gives it enormous appeal. It sits opposite the Church of San JosÃ© and is part of an Old Town revitalization, a project that has been going on since the 1990s. The compact historic district has become a popular destination due to its colonial architecture and its restaurants, sidewalk cafes, bars, nightlife and cultural attractions. It is a city within a city, an ideal place to stroll. Like Cartagena, it may well become a long weekend destination for Americans.

Hotel La CompaÃ±Ã­a showcases a lot of local history, both in its architecture and in the collection of over 1,600 original photographs and personalized works of art that will adorn the walls of the hotel rooms as well as the public areas. .

There will be two bars and five restaurants in the new hotel, including a family-style Italian restaurant and a steakhouse with an underground wine cellar that dates back 300 years. The rooftop pool and bar provide a remarkable vantage point from which to observe the thriving Casco Antiguo district and enjoy spectacular 360-degree views of the Pacific Ocean and Panama City.

Guests who book stays between March 1 and May 31, 2022 can take advantage of an opening rate that starts at $ 295 per night and includes breakfast. For more information, visit hlcpanama.com.

Forget the cat-walk, the doggies put their best paws forward