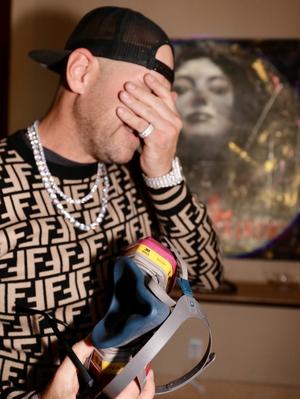 MorEnvyOne: an artist with a unique and creative talent

DUBAI, UAE, June 04, 2022 /24-7PressRelease/ — Art, without a doubt, is a profound medium of expression. Beyond words, he is able to convey thoughts and feelings in a way that nothing else could. MorEnvyOne is one of the most versatile artists working in contemporary art today.

MorEnvyOne says, “My artistic background is graffiti street art, but I also have a great admiration for fine art.” One of his influences is Salvador Dali, although he also appreciates HR Geiger and Bob Ross.

It was no coincidence that he had become one of the most successful artists in the world. MorEnvyOne describes himself as “self-taught through trial and error. Late at night, I worked on my collections of stickers and drawings in the pages of my sketchbooks. And there were also many nights, after hours of making mayhem and painting graffiti in the middle of the night, I would come home and my mom would yell at me.

In sixth grade, MorEnvyOne found his own style of art, but it wasn’t until the end of seventh grade that he began experimenting with graffiti. Amused, he continues: “I was constantly in trouble and the police were called more than once! But graffiti gives you a buzz like no other type of art – as much as I’ve always been inspired by artwork that focuses on beauty.

Today, MorEnvyOne’s works are a combination of graffiti and fine art, and he accomplished this feat by creating something entirely new out of both styles. According to him, “I would describe my unique approach as ‘modern contemporary fine art'”. Graffiti, street art and fine art are combined in my work.

There is no other artist like MorEnvyOne, whose work is truly unique. Look for his works whenever you’re in the San Francisco Bay Area, Las Vegas, or Dubai, and you’ll be glad you did.

Originally from San Francisco, MorEnvyOne currently lives in Las Vegas. However, his works of art will soon be seen in some of the most exclusive hotels, restaurants and nightclubs in the world, including the penthouses of the Four Seasons, the 4-star Michelin restaurants of San Francisco, Miami, Monaco and Dubai, and even some of The most popular nightclubs in Las Vegas.

Through cartoons, he captures life in the suburbs of Washington