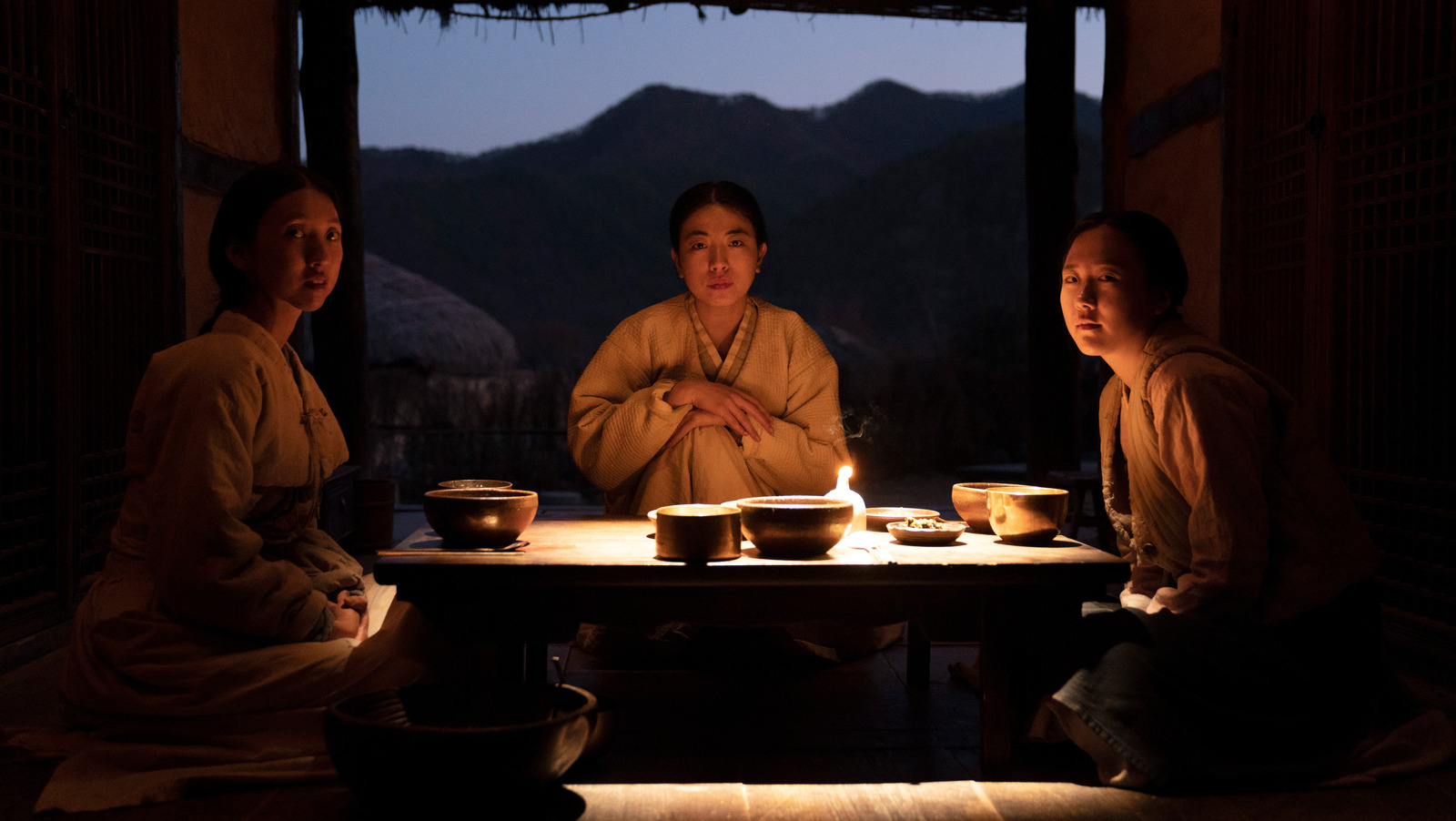 As you both read the novel before or after the signing, was it a world you were already imagining on screen… and did it end like that initial vision?

Chon: I don’t think I ever thought I would do something like this. I heard stories growing up from my grandmother about that time. I don’t think I had the capacity to tackle something like that in terms of creation. That’s why reading the novel was…I had a great sense of appreciation that someone would delve so deeply and explore these existential topics. So when you have the ability to explore something that they’ve been building in terms of a storyline and a novel, there’s really no option. Just do it.

Kogonada: Same. I read it, was personally touched by it, shared it with my family, I knew they would be touched…I think my wife read it a few years ago at a book club , and she was like, “Oh, I read this amazing book. Your family would love it. And at that point it wasn’t a project yet, and then once you find out that it it does, and then you see how it’s going to be adapted and it’s so visual, you can imagine it. You just want to be a part of it at the end of the day.

On this visual aspect, it really feels like the finer details of this world are what make it so real. How details like the food and the clothes, and even the little details of where we are, how did that play into your approach?

Chon: Again, it starts with the writing and it’s all woven into his DNA. But I think these are elements that every culture can identify with. Even if it’s the actual—in its specificity, it becomes universal. Everyone and every culture has its food. The way they handle a certain type of food that is a delicacy, or an everyday item or anything in that specificity. I think people can understand. It’s the same with clothes, isn’t it?

Kogonada: If you can’t feel the intimacy and texture of your world, then it looks like an abstract Wikipedia entry or something. So it really is, I think you rightly point that out and that’s a huge compliment. I think for both of us, because we’re filmmakers who love those elements, the details and the things that build the story. So I’m glad you felt that on the show.

Did either of you direct the opening sequence?

Kogonada: Yeah, our DPs, because there was just many. But that’s really the vision of Soo, the showrunner. I mean, we went through a lot of possible opening credit sequences. And I think she just wanted to do something that would have a different soundtrack and not do the obvious thing, which was, I think Justin said in another interview, create this orchestration and make it this kind of sad and epic intro. She had this other idea in mind, which was really sweet and kinda — it’s a contrast, but it doesn’t seem like a contradiction.

The first three episodes of “Pachinko” are now available to stream on Apple TV+, with new episodes debuting weekly on Fridays.

Traditional art rhymes with its time