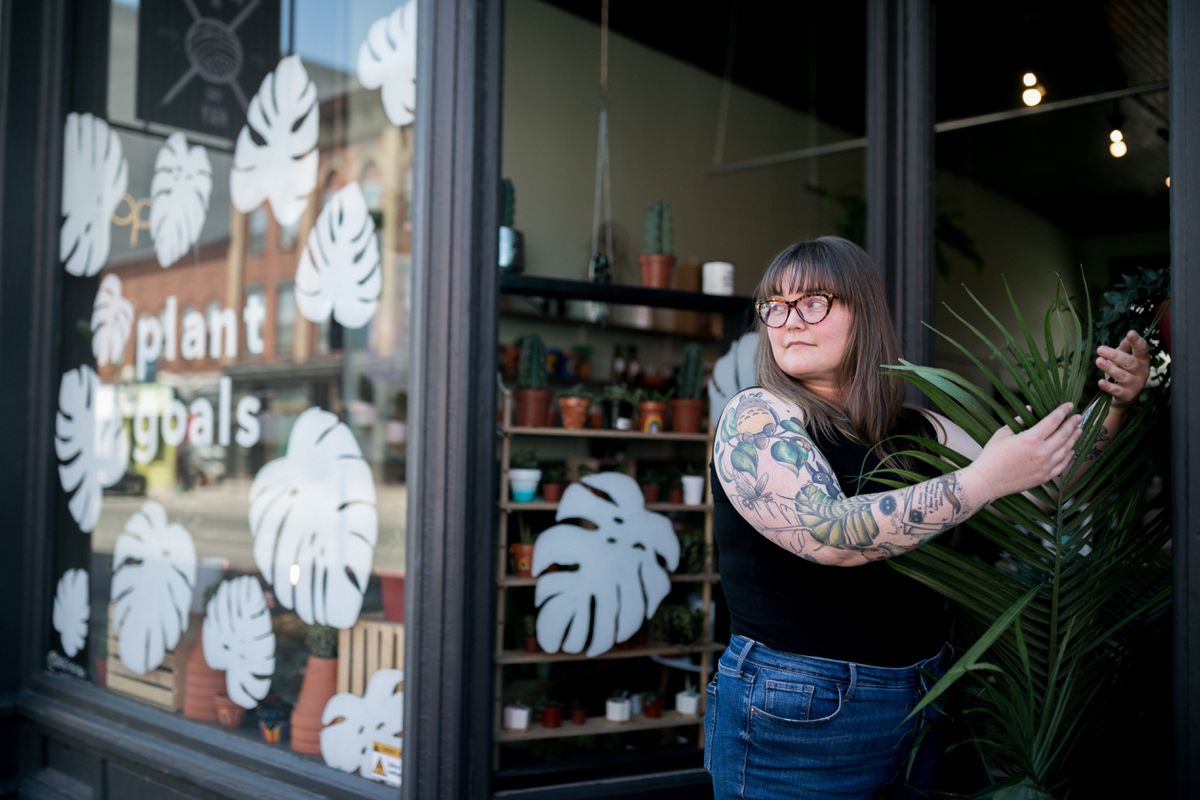 E-commerce companies, facing a sudden downturn, are hoping one of their new lines of business can help pick up the slack: lending money.

Tech companies that provide online sales and transaction services to retailers and small businesses are also increasingly offering loans and cash advances to these customers in an effort to keep them connected to their service platforms.

They do this for a fee and a share of future sales, providing small businesses with an immediate source of cash in the blink of an eye, with these loans now worth billions of dollars.

It’s often a mutually beneficial deal, but like any credit program, it comes with risks, especially if the recent slump in e-commerce spending turns into a prolonged recession.

E-commerce companies such as Shopify Inc. SHOP-T, Amazon.com Inc. AMZN-Q and several others recently reported below-expected financial results, sending their stock prices plummeting amid signs that growth rapid online traffic during the pandemic is no longer sustainable. Soaring inflation is also raising fears that consumers will cut back on discretionary spending.

Shopify, for example, revealed in its earnings report last week that it wrote off $46 million in bad credit in the last quarter alone, with nearly half a billion dollars in advances still outstanding. .

Block Inc. SQ-N, the owner of Square Inc., is the latest to offer credit to Canadian merchants with the launch of Square Loans last month. It follows similar programs launched during the pandemic by competitors Shopify and Lightspeed Commerce LSPD-T.

Luke Voiles, managing director of Square Banking, says offering loans can be a way to see merchants through a tough time.

“If they’re going through a tough time and we’re able to keep them going over time, we’re able to help them survive,” he said. “It feels really good.”

“We try to resolve pain points as much as possible to make sure they stay with us.”

“It’s something where once you start using this software and earn capital, it’s very hard to stop,” Romanoff said. “The ability of Shopify or any of its peers, quite honestly, to offer some sort of capital assistance is just that they’re more of a one-stop-shop.”

The programs provide a certain amount of money in exchange for an initial fee. The money is refunded by deducting a small amount from the merchant’s daily sales.

In an example provided by Square, a merchant who wants to borrow $10,000 might be charged a fee of $1,300, so a total of $11,300 would be deducted in installments from their sales over 18 months. Square estimates that most fees would be around 10-13% of the loan. A cash advance on a credit card would carry a higher interest rate, while most bank loans would have lower rates.

Both Square and Shopify use algorithms to set the terms of their loans, while Lightspeed says its terms are decided by a mix of algorithms and human analysis.

In all cases, however, credit offers are based on the merchant’s sales records and, unlike a traditional bank loan, do not involve a credit check.

Désirée Kretschmar, owner of the Plant Goals store in Peterborough, Ont., took part in a beta test of the Square Loans program in the fall to purchase new inventory. She said she found the experience much easier and faster than applying for a loan from a bank.

“It took about as long as it takes to drink a cup of coffee,” she said.

But not doing a credit check adds an element of risk.

David Lewis, insolvency trustee at BDO Canada, said the choice not to run credit checks means e-commerce platforms have no idea if merchants have other loans they might have. hard to repay. It could also offer struggling companies a way to take on more debt.

“Without any credit checks or any collateral, I might just see someone go out and apply for these little loans to help cover what they need in the short term,” Mr Lewis said. “Kind of like what people do with payday loans.”

He added, however, that e-commerce businesses have the advantage of being able to deduct money directly from a merchant’s earnings, a power that most creditors do not have.

The amount of money provided through these credit programs varies widely by platform.

Shopify says it has provided more than US$3 billion to merchants in the United States, Britain and Canada through Shopify Capital since 2016. In company results released Thursday, it said it had provided US$347 million. US dollars in cash and loans in the first quarter of 2022, up 12% from the first quarter of last year. The company’s latest quarterly filings show it had $487 million in outstanding merchant credit as of March 31 after writing off $46 million in bad loans and advances.

Square says it has made $9 billion in loans in the United States, Australia and Canada. The company did not specify the amount reimbursed. Documents filed by the companies for the 2021 financial year show that, on average, merchants took nine months to repay the loans.

Lightspeed Capital, however, hasn’t been used as often. Documents filed by the companies show the program had $5.3 million in outstanding loans as of December 31, 2021. An analysis by Credit Suisse researchers last month estimated that fewer than 300 merchants would use the program by December 31, 2021. fiscal year 2024.

Still, Mr. Romanoff said he expects other companies to expand their credit offerings. He pointed to Amazon’s efforts to provide advances to third-party sellers on Amazon Marketplace.

“It’s something that is real and benefits users,” Romanoff said. “I think it’s valuable and I don’t think it’s a money loser by any means.”

Your time is valuable. Receive the Top Business Headlines newsletter in your inbox morning or evening. register today.

I walk for my freedom

How much does health insurance cost?

How to pay off credit card debt

‘I lied to everyone I met’: how gambling addiction took hold of women in…