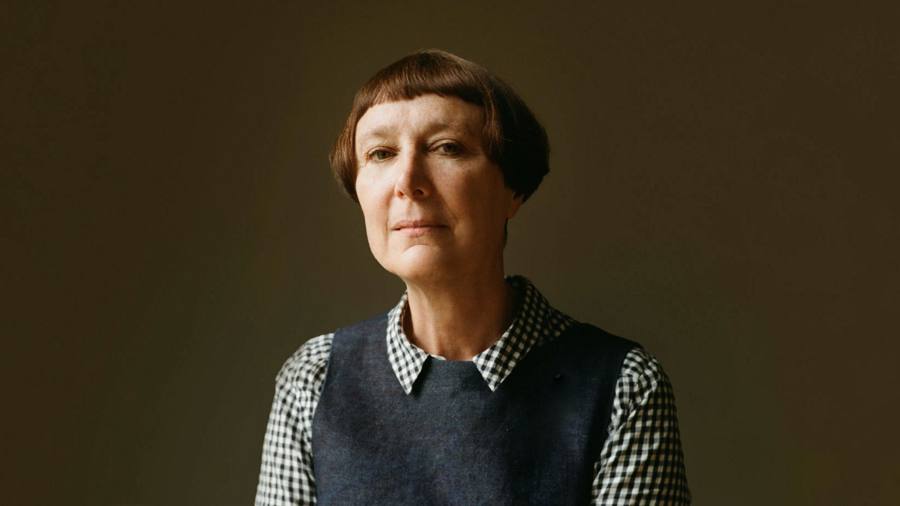 The Art of Drones, Dark Matter and Detonations by Cornelia Parker

From ancient clods removed under the Leaning Tower of Pisa to feathers lost from pillows on Sigmund Freud’s sofa, found objects come in all shapes and sizes in Cornelia Parker’s oeuvre – and few go to waste. In 2017, the artist made a film in the House of Commons and came away with a palette of worn floor tiles created by 19th century architect Augustus Pugin. These tiles are about to resurface in ‘Island’, an installation she is making for an exhibition opening at Tate Britain later this month.

“I’m still doing the work,” she confesses, when we speak via Zoom. “Having a gun to your head always helps the decision-making process.”

The tiles, which have endured a century and a half of politicians’ footsteps, will form the ‘carpet-like’ floor of a greenhouse painted in chalk from the white cliffs of Dover. Gently pulsing light inside will cast shadows on the wall. “I think it could be a piece of Brexit,” she muses.

Political developments in recent years have clearly shaken Parker. In New York, in October 2016, for an order on the roof of the Met, she begins to film the crowd which gathers in front of the Trump Tower. Within days, its owner had been elected president, and Parker felt a disorienting sense of the changing world order. “You feel so helpless,” she said.

Back home in Britain, it inspired her to get involved. When she was asked to be an Official Election Artist ahead of the June 2017 Snapshot, she accepted. “I thought: immerse myself in horror? Why not?” The first woman to be commissioned, she had traveled across the country filming and photographing campaign rallies, both appalled and amused by the “brutal guys in suits” at Ukip concerts and thrilled when the cartoonist Steve Bell could point to right-wing journalists in the flesh.

Its main production was “Left, Right and Centre”, a dramatic short film made in an empty House of Commons using a drone. Initially invisible, the drone flies through the house, illuminating stacks of newspapers, classified according to their political orientation (FT in the center, recalls Parker). The next day, the drone returns, dive-bombing the newspapers and creating chaos, before flying away in the dark. “I felt the drone provided a view, looking at Parliament, that you never get,” she says.

Parker, 65, is best known for “Cold Dark Matter: An Exploded View” (1991), a garden shed that exploded, frozen in mid-blast. Produced when the artist was less than ten years from university, the installation was acquired four years later by the Tate, which also bought “Thirty Pieces of Silver” (1988) from him in 1998.

Older than Damien Hirst and Tracey Emin, but younger than Anish Kapoor and Antony Gormley, Parker has blazed her own trail, spying on the aesthetic and political potential of found objects (often barely there) to create installations and sculptures. , films, drawings and photographs. In the case of “War Room” (2015), made from a fabric in which commemorative poppies from the First World War have been cut out, the object is evoked by its absence. Sometimes she “spirals back”, as she puts it, to find new interest in an old idea, resulting, for example, in variations on “Cold Dark Matter” installed at the Phoenix Art Museum and the Museum. de Young in San Francisco.

‘The Maybe’, a 1995 sleep monument, for which actress Tilda Swinton slept for the duration of the show in a glass display case, included a display of ‘relics’, from Queen Victoria’s stocking to a pillow Freud’s sofa and the last provisions of Antarctic explorer Robert Scott. The latter was a bag of curry powder that she remembers opening a little too quickly (“Oh my God, I just inhaled Scott’s last provisions!”). Many of these objects fueled a series of surprising small works: “I placed one of Freud’s pillow feathers on a glass slide and threw it along the wall to make it look like ‘She was shot with a bow and arrow,’ she explains. .

For his exhibition, the Tate is once again lending Rodin’s “The Kiss” to Parker — surely the ultimate “object found” — which it rolled up in 2003 in a mile of string, a nod to the delicate complexity of love entanglements. She reminds me of the hoo-ha the work caused at first, with some people feeling she was disrespecting Rodin, and the Stuckists, still troubled by concept art, taking a pair of scissors to it.

As disciplined as Parker’s work is, it is also playful, questioning, open. “I don’t think there are fixed meanings to my works. They are reservoirs of things that can be triggered by whoever is watching the work. That’s what it should be, a catalyst really, in the way music is. You listen and you don’t care what the composer’s intention is. You let the music carry you. For me, that’s how art is.

“Artists represent freedom of thought and expression,” she continues. “An artist may not know where his art comes from, but he is there, he was born, he is in the world and he does a certain thing. Without it, I feel like the brains of humanity would be very different. They would have very different neural pathways.

“Cold Dark Matter” is a beautiful snapshot of violence, its chaotic potential verified by a precise grid. In our war-torn world, the coin feels at home: has its meaning changed for Parker over the years? “Thirty years ago it was more the fear of IRA explosions,” she says. “It was always about freezing the moment and watching it very carefully. Now it’s like a universal bomb.

Parker did the work with Jonathan Watkins, then director of East London’s Chisenhale Gallery, and the British Army carried out the blast. Was it difficult to convince them to do it? “The army was very enthusiastic,” she says. “We went to them and they blew up all kinds of things just to show us what they could do!”

The child of a tyrannical father, who forced his daughters to work hard on their small farm in the Cheshire countryside, Parker had to slip away in secret if she wanted to play. Her mother suffered from schizophrenia and was frequently hospitalized. “You never felt safe: there was no rhyme or reason for my father’s anger,” Parker said. She first visited a museum when she was 15, and it turned out to be a step towards liberation. She spent a year at Gloucester College of Art & Design before studying at Wolverhampton Polytechnic, then completing an MFA at Reading University (1980-82), before moving to London.

Her childhood misfortune led her to cherish the experience of motherhood and raise her now 20-year-old daughter Lily. “Throughout his childhood, it was almost like I had my own childhood,” she says. “We had a childhood together.”

Parker’s invitation to be an election artist was prompted in part by the bonds she forged while creating “Magna Carta,” an ambitious 13-yard piece of embroidery commissioned by the Ruskin School of Art in University of Oxford and the British Library. Most of the stitching was done by prisoners, but Parker invited 200 people, including deputies, peers and lawyers, to help with the work. She visited Julian Assange at the Ecuadorian embassy to get his involvement, asked a friend to track down Edward Snowden in Russia and persuaded lawyer Clive Stafford Smith to sew up her contribution while visiting a client in Guantanamo Bay.

Today as an RA, with an OBE and at least four honorary doctorates, Parker is in demand in academic circles. Honorary Professor at the University of Manchester and Visiting Scholar at Lady Margaret Hall, Oxford, from 2016 to 2019, she was made an Honorary Fellow of Trinity Hall, Cambridge, in 2020. In recent years, projects at the Royal Academy, the Whitechapel and Foundling Museum, once a hospital for abandoned children, allowed Parker to try his hand at conservation.

In 2016, at the Foundling Museum, she asked 60 fellow artists to produce objects evoking the fact that mothers were encouraged to leave tokens by which they could recognize their babies if they could retrieve them. The show rang with the issues of the day, just as Parker’s politically adapted art does. Gavin Turk produced a cast of a homeless man’s sleeping bag, which Parker placed in an ornate room below a portrait of a benefactress, while Gormley’s baby sculpture brought back memories of the crisis migrants and the little boy whose body had washed up on a Turkish beach. Last year.

Alongside ‘Island’, the other new work from the Tate show will be ‘Flag’. At a factory in Swansea, Parker recorded the complex process of making a Union Jack. Then, in a six-minute film, she reverses the process, “undoing” the flag and returning the fabric to the balls of fabric each piece came from. “Like ‘Island,’ it’s about this thing that’s unstable and maybe falling apart,” she says. “Hopefully ‘Flag’ will be some sympathetic magic to prevent that from happening.”