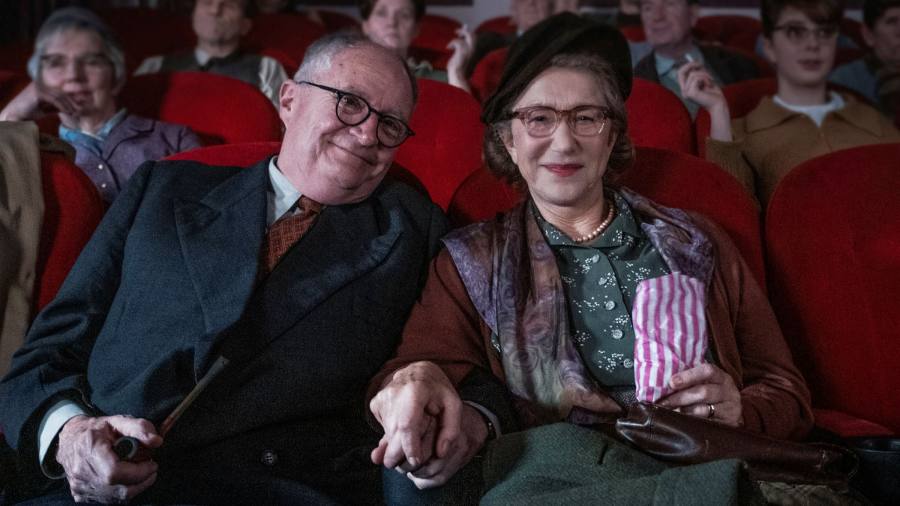 True story stranger than fiction The Duke will invite your cynicism. A sweet, nostalgia-tinged comedy about British eccentricity, starring beloved institutions Jim Broadbent and Helen Mirren? Surely not. It turns out to be exceptionally good, done with live-wire wit and precision; a lark from the hidden depths. The setting is Newcastle around 1961. The eccentric is Kempton Bunton, played by Broadbent, a retired bus driver and passionate autodidact. He would later stand trial at the Old Bailey, charged with notorious art theft. Revealing if he was guilty would be a spoiler. That would also never be more than half the story.

Roger Michell’s Nimble Hugs is the second British film this year in which scampish children play in vintage working-class streets with wooden swords and bin-lidded shields. The first was that of Kenneth Branagh Belfast; considering it’s only February, who knows how many more we’ll see by Christmas. But the film reverses most of its clichés.

Not far away, but in a much larger house, the camera finds Mirren. Rather than owning the place, however, she is the housekeeper. Quite the casting call, and that’s before we hear her Geordie accent. She plays Dorothy Bunton, a woman for whom the expression “long patient” could have been invented, her husband Kempton also a tireless writer and a manic social activist. And the Duke? This is Wellington – subject of Goya’s painting stolen from the National Gallery after it was purchased for the nation in August 1961. Amid screaming headlines, authorities hunt an international criminal gang. Probably trained commandos. Guess again.

As an eccentric nugget of crime history, the story takes a few beatings. It also rings sly contemporary bells. From the start, Bunton mounted a crusade for the BBC to provide free television licenses to the elderly, now a staple of the British right. Johnsonites, rejoice with care. Our man is his own master politically, equally outraged by the public money spent celebrating Wellington, who, as Bunton points out, sought to deny the vote to his fellows. If there was a statue, he would knock it down.

But the charm of the movie is that it respects you enough to let you hit the modern dots on your own. The script is cheerfully piercing; Michell works with panache, even bluster. The post-war grays of the industrial north look crisp and cinematic. And London is shrewdly run when Kempton arrives in town, photographed like a vintage Kodachrome postcard, host to a whirlwind tour of the British establishment: Parliament, Fleet Street, the BBC, the Bank of England.

Broadbent proceeds with the cheerful air of an actor at the release of the day of the films of Mike Leigh. Bunton must also be a dream to play. Investigators call it fanciful. Yes, but so much more. He is also an agent of chaos, a militant humanist, a multifaceted one-off. (Broadbent’s portrait recalls that of Shelagh Delaney A taste of honey, filmed in 1961: “My usual self is a very unusual self. Despite all the counterintuitive casting, Mirren is also in top form. Her mortification towards her husband is never played for laughs. He bases the film on the truth.

The only sadness is that this is Michell’s last fiction film, the director having died last year. He left us this warm and discreetly subversive film; a nice surprise package.

In UK cinemas from February 25