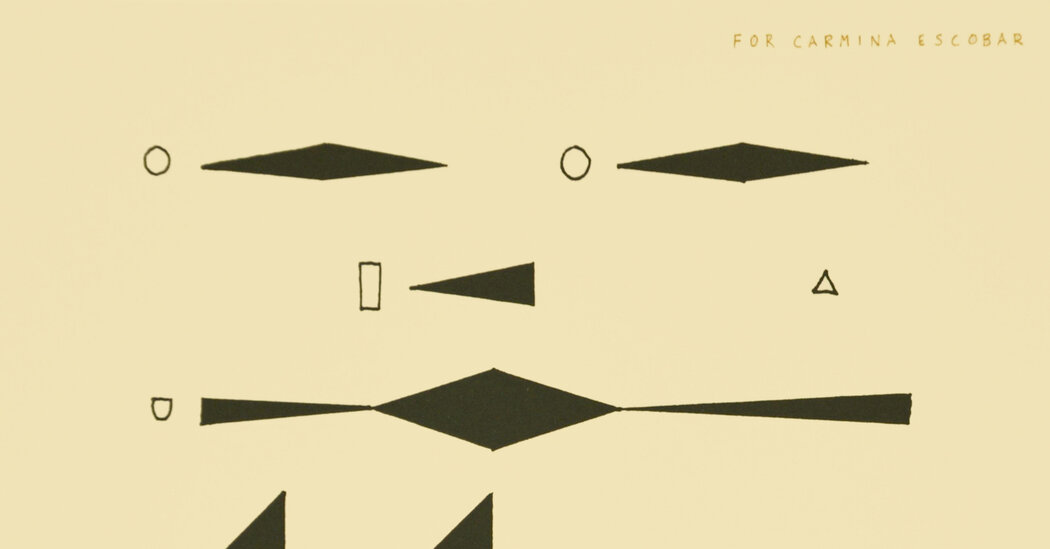 Even in normal times, organizing the Whitney Biennial is a high-stakes project. The exhibition is a barometer – anticipated and debated for the image it offers – of trends in American art and their public relevance. Participation can boost an artist’s career. The exhibition sometimes becomes the lightning rod for political controversy.

This time around, the biennale, which opens on April 6, has the task of responding to the atmosphere of crisis, from the pandemic to social protests and political conflicts, which has taken hold since the last edition in 2019. .

“These last few years have been a very busy time,” said David Breslin, co-organizer of this edition with Adrienne Edwards; both are senior curators at the museum. “Our hope is that this exhibition will provide an inventory, a way of seeing what we are perhaps not at the end of, but in the middle of, and how art can help make sense of our time.

On Tuesday, the museum revealed the 63 artists and collectives Breslin and Edwards have selected for the exhibit, as well as the title they gave it — “Quiet As It’s Kept” — and their approach to the exhibit.

The roster is diverse, like the last two editions, but skews older. With only 23 artists under the age of 40, including eight born in the 1990s, the show reveals less unknowns than intergenerational mixing. There is a clear disposition towards conceptual and interdisciplinary work. The film and the performance will be integrated into the main exhibition, not separate programs.

The doyenne of show business, born in 1947, is Puerto Rican artist and choreographer Awilda Sterling-Duprey; the youngest, born in 1995, is Andrew Roberts, a Mexican artist working in film, animation and installation, based in Tijuana and Mexico City.

The exhibit features more artists than usual who have participated in a past biennale or are already part of the Whitney Collection, according to Scott Rothkopf, the museum’s chief curator. Still, he added, there will be plenty of discoveries.

The US-Mexico border is a prime area, with artists from Tijuana and Ciudad Juárez. There is also a focus on Indigenous artists, extending to Canada’s First Nations and including Rebecca Belmore, Raven Chacon, Duane Linklater and Dyani White Hawk.

In a phone interview, Breslin and Edwards said that “undoubtedly” the exhibition takes a stand – it seeks to complicate how social identity and personal experience are exhibited and valued in the art world today. today. “There have been a lot of requests around some readability,” Edwards said. “We wanted to turn around and say, well, there are artists who do these things differently, through abstraction or conceptual art.”

From the outset, they imagined an intergenerational exhibition. “We wanted to show a nerve, a genealogy, through some of the ideas that we felt were going around,” Breslin said. “It’s an opportunity to see how ideas deepen, transfigure and renew themselves.

The staging will be innovative, with one ground floor an almost open “clearing” with wide views, and the other a dark, labyrinthine “containment space”. “It’s a speculative spectacle in uncertain times,” Breslin said. “The way it is laid out and feels is as important as everything else.”

The pandemic has posed more than conceptual challenges. Breslin and Edwards had barely embarked on an ambitious itinerary to meet artists in their studios and communities — the most organic and intimate part of the process — when travel ceased in March 2020. They ended up organizing largely on Zoom. The show has been postponed from its original dates in 2021 to this year.

In telephone interviews, several biennale artists described the work they will present and their experiences preparing under unusual circumstances.

Some work has been motivated at least in part by the pandemic. Fusco – a veteran of the 1993 and 2008 biennials – presents a film on Hart Island, where New York’s unclaimed dead are buried. She filmed from a boat, using drones – access to the island is restricted – in the summer of 2020. Some of the first victims of the pandemic were buried there, Fusco said, echoing the memories of the AIDS crisis. “So I did an article about the graves and the dead,” she said.

Roberts, the Mexican artist, contracted Covid-19 twice – the first time a severe case which left him unable to concentrate for months. Eventually he wrote a series of poems; in his video installation, these are read by zombie avatars – voiced by actors – who he says “work for corporations in the future, form class consciousness and become aware of the violence perpetrated on their bodies “.

For Woody De Othello, who lives in Oakland and makes ceramic and bronze sculptures of oversized, distended household objects — phones, faucets, heaters — the lockdown has only deepened his themes. “The energy of being home was in my work,” he said. “Many of the objects I make come from a domestic domain.” Working alone in the workshop, emerging for hikes with his dog, resulted in “confronting oneself and thinking about intention”.

Many projects predate current events. Chacon, composer — he participated in the 2017 biennale as a member of the Postcommodity collective — brings works from 20 years of sound research. They include graphic scores dedicated to Indigenous women composers, who will be performed, and a recording of a silent clash between Indigenous women and police during the Standing Rock protests. Her video installation, filmed in Navajo, Cherokee and Seminole lands, features women singing in these languages ​​the stories of sites where massacres or displacements took place – areas again contested, for mining or other uses.

During a protest after the 2020 murder of George Floyd, Chacon joined actions to topple a statue of a conquistador in Albuquerque, NM; a friend of his was shot dead by a member of the militia. “We’ve been through a lot,” Chacon said, adding that he hopes the tough times encourage artists to “try different tactics to create work.”

This experimental bent, in the present and the past, is the common ground of a show that Breslin and Edwards have described as a “set” — not just of identity perspectives, but of methods.

Los Angeles-based artist Na Mira, whose video and holographic installation is inspired by research in Korea on shamanism, feminism and her family history, said she looked forward to the range of exposure. “I really believe that art is an epistemology: that we learn things through this discipline that we can’t get anywhere else,” Mira said. “It will be interesting to feel the differences, how they weave and rub against each other.”

Rose Salane, a Queens-raised artist who explores urban life through everyday residual objects, features a project that sifts through 64,000 “slugs” — laundry tokens, fake coins, and other items that the MTA has collected from bus ticket vending machines. She was also eager to discover the work of her peers. “The last two years have put pressure on everyone,” Salane said. “To see the work persevere through this is pretty hardcore.”

The best wetsuits for men

What to know before borrowing