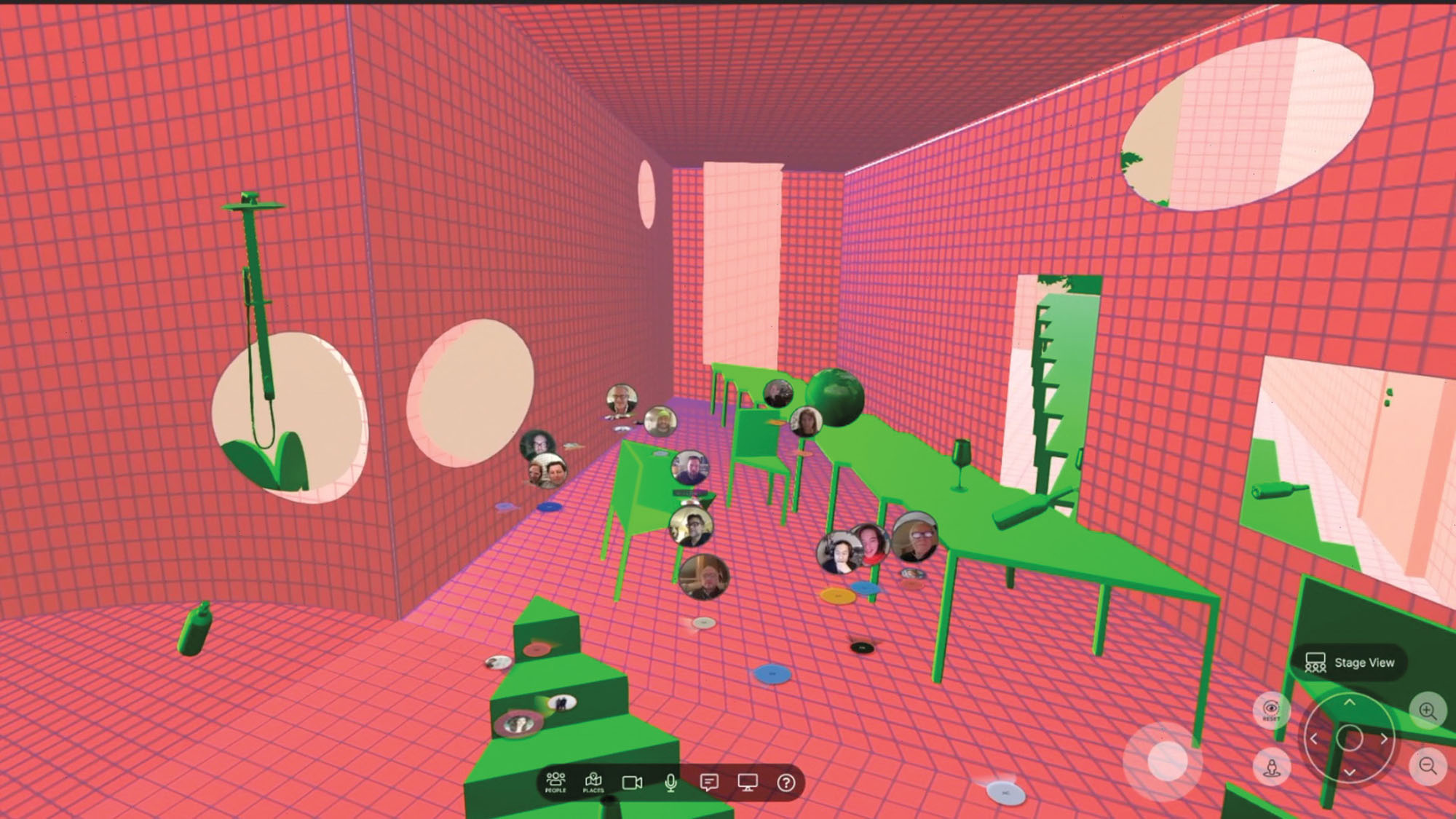 What will our virtual reality be?

Although the Metaverse often loosely mimics the organizational mores established by the physical world, the buildings themselves regularly deviate from what might be considered a workable design in the real world. In the metaverse, gravity does not exist, nor material constraints. “Things like structure, materiality and cost, for that matter, all go out the window,” says Leon Rost, director of Bjarke Ingels Group (BIG), which has worked on a handful of virtual projects for clients. This lack of stylistic constraint has attracted architects who wish to push the formal boundaries of what space can look like. BIG has partnered with UNStudio to develop a virtual meeting platform called SpaceForm, where people can collaborate in real time in futuristic rooms with holographic tables that display 3D renderings and data visualizations. Beneville, meanwhile, has built hover performance stages for clients like iHeartRadio that float in space like satellites. Jose Sanchez, an architecture professor at University of Michigan Taubman College who designs highly immersive multiplayer video games in his studio Plethora Project, designs a video game where collectives of players can build their own structures dripping with greenery. “From a design perspective, you have to think very differently, because the same rules don’t apply in the virtual world as they do in the physical world,” Rost says.

In a recent project, Lara Lesmes and Fredrik Hellberg of Popular Space, an architecture studio based in Spain and London, has created a virtual gallery for the Spanish organization Fundación Arquia modeled after Barcelona. Digital avatars can wander through seemingly endless mazes of sunrise-colored rooms whose architectural features look like they were taken from an MC Escher drawing. The pieces were designed with a hazy softness that Lesmes says is helpful for load times and to ease screen-blurred eyes in a new environment. “Lighting is incredibly important; it can make a virtual space much more enjoyable,” she says.

What should you consider when considering getting a payday loan?